You may remember, back in late November, I said that I was going to be interviewing Daniel Roche on EN5Radio.  Unfortunately he had to cancel.  The good news is that he will be in the studio tomorrow, 23rd January between 4.00 p.m. and 6.00 p.m.  So make sure you tune in and listen to what we have to talk about.  If you want to phone in and ask any questions ring 0844 80 27 365 or go to the website and fill in a contact form….www.en5radio.com  Join me,  Jack, Lucy and Lotti and log on to the best internet radio show!

Yesterday I met Alexander  Polli.  He is a human flight athlete and   I have looked at some of his videos on Youtube and they are awesome.  You have to see it to believe it, especially the flight where he is bringing in the New Year.  He flies through a slalom of flags with 2013 on and he crashes through them as he flies down. The signs are only 2 metres off the ground and he is travelling at about 150 mph!! Go and look at his website, you will be shocked and amazed.

‘THE PHYSICIAN’ ARTICLE BY SCREEN TERRIER 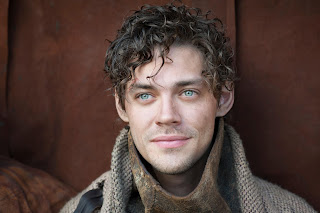 Tom, originally from Bath, is a graduate of CSSD and played Brett Aspinall in two of the early series of Waterloo Road, as well as starring as George Best in the ITV drama Best:His Mother’s Son. He has recently been seen as a regular in HBO’s acclaimed series Luck, and in Hiam Abbass’s directorial debut, Inheritance.

The Physician tells the story of Rob Cole (Tom Payne) who as a boy is left a penniless orphan in an 11th-century English mining town when his mother dies of a mysterious illness. Vowing to become a physician and vanquish death itself, he travels to Persia to study medicine under the great Ibn Sina (Ben Kingsley). Through countless ordeals and challenges, and making many sacrifices along the way, he struggles on unwaveringly. His unflagging quest for knowledge leads to the blossoming of friendship and true love. 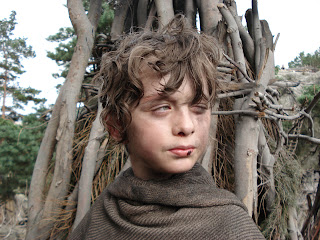 12 year old Adam Thomas Wright (represented by Susie Earnshaw Management) plays the young Rob Cole as a boy. Adam has an impressive list of credits including The Awakening, and most recently CBBC’s Stepping Up.

Check out the teaser trailer from Germany below:

I am so looking forward  to seeing Timothy Spall @pastafa on the new BBC comedy ‘Blandings’ I think he is one of the best actors and I watch and learn from him.  At school, I am told that I have to sing and dance, I can sing and dance o.k. but my main interest and strength is drama .  Timothy Spall has played so many different parts and is a real character actor.  You don’t see him doing much singing, but I remember him being brilliant in ‘The Fattest Man in Britain’ on the karaoke  machine!     ‘The Syndicate’ is coming back too which made me laugh and cry sometimes.   He is still my favourite.   We visited Blenheim Palace after Christmas and walked around the gardens and I wonder if this is based on the Blandfords?  They look as if they could be related and funnily, I look as if I could be too!

Here we go 2013 ahead.  I had a great Christmas.  Last year was really good with some great  jobs for  BBC  drama and radio, a lot of short films which were screened in festivals here and abroad.   My highlight of 2012 has to be working with Stellen Skarsgard, in ‘The Physician’ which comes out at the end of 2013.  I am really looking forward to seeing that.  It is epic.  I met loads of new people last year from Directors, Producers, actors and not forgetting the camera people, the sound people and the make up girls that made a fuss of me!

I’ve been a zombie, an old man, a haunted child, a bereaved and badly treated orphan, a bullied schoolboy, and an abused, neglected child and I can honestly say I have really enjoyed every minute of it.

I have made a bunch of new friends that I will keep in touch with and I hope to see them again. This year I am going to be an under age soldier,  another boy in a supernatural short film and I hope to be filming in France this year.

So HAPPY NEW YEAR to everyone and a big thanks to the casting agents!