Modine, Williams, Clarke and Wright make up the members of a family who move into a remote English country estate, where it is rumoured the original owner killed his wife in a demonic ritual.

Content Film is handling distribution and is expected to premiere “Altar” at the Toronto Film Festival.

Modine is portraying an American artist and Williams his British wife. The film centers on the couple and their two children who begin renovation work at a remote English estate, where the owner killed his wife years earlier in a demonic ritual. The wife exacted her revenge by haunting him, driving him to madness and suicide.

Hi. I am still away at the moment but I have been able to listen to Archie Dobson’s War on catch up.  If you missed it you can listen to the recordings from the BBC here http://www.bbc.co.uk/programmes/p01n4ldk/episodes/guide

If you would like to take part in the Youth Round (age 11-16), please email info@triforcepromotions.co.uk for more information. The auditions for the Youth Round will be from 11:00am – 12:00pm at Theatre Royal Stratford East on Saturday 1st February.

Before booking your audition slot please ensure that you are free to attend the event on Monday 17th February 2014. Successful actors will be needed from 4pm on the day.

Episode One  of Archie Dobson’s War was broadcast this morning and is available to listen here: –

http://www.bbc.co.uk/programmes/p01n4lww
I  play Archie,  Jade Andrews – Lizzie and Emily Dolbear – Mable . We are all regular presenters on theyoung1s.co.uk radio station and it was great to do this production.  It is a really moving story.

It is the summer of 1914. The Dobsons are getting ready to visit their country cousins, the Carters. Ten-year-old Archie Dobson is particularly excited to be seeing his older cousin Walter. Walter tells Archie of a great adventure he believes to be coming in the near future…and when war is declared, later that summer, Walter enlists in the army.

Filming has begun  on a  psychological thriller Altar from the director of Neverland, Nick Willing. When a  family move to an isolated house, events take a terrifying turn. 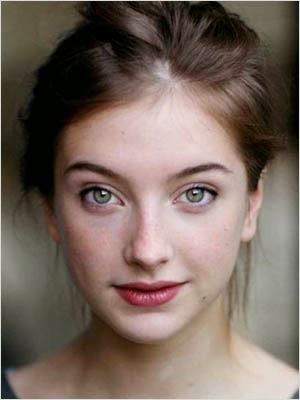 Matthew Modine and Olivia Williams star as their parents.

Altar was cast by Amy Hubbard, with filming scheduled to complete by the beginning of February.

BBC 4 The World according to Garp

Adam Greaves joins the cast for episode 2 and 3.  He is bottom left, next to me. We had good fun during the breaks!

Radio Review for ‘The World of Garp’

‘The World according to Garp’ which transmitted the first episode of the drama last Sunday has a radio review at: –

This website is devoted to reviews of the best radio drama productions, including book-readings and short stories.

Listen in to Radio 4 on Sunday for episode 2

Filming started yesterday on Altar, directed by Nick Willing.  It is about a family who get into lots of trouble when they move in to   a big old English manor house.  I play the son of the family . It has been raining hard since we got here and it is quite muddy.  The dismal weather is right for the film and I am having a great time.  Antonia Clark plays my sister and she is lovely.  My Dad is Mathew Modine and my mum is Olivia Williams and they are both really nice too.

Directed music videos for artists such as The Eurythmics, Bob Geldof, Swing Out Sister, Debbie Gibson, Kirsty MacColl, Kim Appleby, Tony Banks and Nik Kershaw.
Graduated at “The National Film and Television School” in 1982.
Was largely brought up in Portugal, but settled in England at the age of 12.