Meet me and my ‘family’ on the BBC Radio play Archie Dobson’s War. ( Emily, Jade and Me. )

This is my school and I am really glad to be celebrating their 25th Anniversary.  We are doing all sorts of things including our own Stage Show to commemorate the centenary of the First World War.  We have our own theatre , The Bull Theatre, to perform in.  We have our own casting department and they keep me busy with assignments and we have great teachers. My favourite subjects are Maths and Science.  I was lucky enough to win a Stage scholarship and it made my dreams possible.

Director Jo Lewis is crowd funding her next short film ‘VIKING’  We worked together on ‘LADY LUCK’ and she is great. This is a picture of me and Jo at the screening.   If you want to find out more, the details are below.  Help if you can.  Thanks.

We are crowdfunding our next short film and are looking for 300 people to give us £10!!!!  Our film is directed by the wonderful Sam Callis (The Bill, London’s Burning) who has played in the West End and at The Old Vic.  Sam’s last film premiered at the BFI London Film Festival.
The Film is called ‘Viking’ and stars Sophie Thompson – Four Weddings and a Funeral, Harry Potter and the Deathly Hallows part 1 and Andrew Lancel – Coronation Street, Queer as Folk, The Bill.
Would you please visit our fundraising page – give us a tenner and pass on to 5 friends?
Thank You –   TEAM VIKING
https://www.indiegogo.com/projects/viking/x/7044244

If you missed it the first time..Archie Dobson’s War is going to be on again in June.  It is a cracking story, if I say so myself!!!

On Monday I met up with Nick Willing, the Director of ALTAR, and he gave me this original water colour of me and Antonia Clarke  . It is signed as well! Thanks Nick!!!

Lais and her mum came to visit  and yesterday we went out for a long walk in the country.  Lais is from Berlin and she played my sister in ‘The Physician’ which was filmed in Germany and Morocco.  Unfortunately it didn’t come to the cinema here even though it was the top film in Germany.  It is out on DVD on the 22nd May from Amazon.   It was great to see her again

Me and Lais yesterday and as we looked last year!

On Sunday  I went to The Gadget Show,  it was really buzzing and I made a dash to the Games Station to have a go  on all the new Games.  Take a look at my video report, click the link below.

There were so many great things, robots,  including a giant mechanical spider,  strap on legs that made you 3ft taller like a bigger version of  The Fawn from Narnia.  I particularly liked the spy in the sky remote controlled camera and the underwater phone that you can use when diving.

I met up with Darren Jeffries, he was presenting at the show.

Darren and I have worked together before and it was great to see him again.  We had time for a bit of a catch up but then he was off again to do more presenting in the hub with his friend and colleague Matt Littler.   I have been  deciding for ages whether to get a new Xbox One or PS4 and there was a debate in The Hub which was really good as Darren and Matt put forward their arguments for each console.

Darren and Matt on the left and Aled Heyden Jones and Lucy Hedges on the right.

The lads have their own YouTube channel, We Got Game – The Channel dedicated to bringing you all the most up to date news, reviews, trailers and interviews from the gaming world.  Find out more about it here:-  http://youtu.be/28Zh2AegAv0

It is the first time I have been to the show and I would definitely go again.

I am going to The Gadget Show this weekend and I have already seen something I would love.  You can use it as a gaming room, something I would be delighted to have.  It is www.tetra-shed.co.uk  It costs £15,000 so I don’t suppose I will get one soon!!!

I will see if I can find some cool gadgets to show you on my blog next week.

THE DEFILED ARE NOMINATED….read more

Great News!  The Defiled are nominated for Best Music Video Award.   Here is a copy of an email I received today.  Vote for The Defiled and check out the video here..      As I Drown (OFFICIAL MUSIC VIDEO)

Just got awesome news!
BEST MUSIC VIDEO NOMINATION!!!
The Video Ink production for The Defiled ‘As I Drown’ is up for ‘Best Video’ (presented by Scuzz TV) at the Metal Hammer Golden Gods Awards at The O2 Arena in June!!!
Bands including The Prodigy, Nine Inch Nails, Korn, Of Mice & Men Within Temptation, Killswitch Engage, Avenged Sevenfold, Steel Panther, Iron Maiden, BRING ME THE HORIZON ARCHITECTS, Asking Alexandria & Five Finger Death Punch will also be in attendance…If you get chance – click the link  and VOTE – if not – WISH US LUCK ANYWAY!!!
https://www.facebook.com/videoinkofficial/posts/706184222774221?notif_t=notify_me

Thanks again for your support guys! ROCK ON!!! ツ

Here is a great piece from 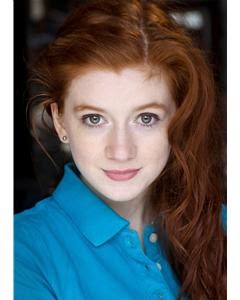 Harriet’s Army is a gripping new three-part CBBC drama series, set during World War One and following a group of children in a small English town as they hold the Home Front and discover the true enemy within.Fourteen-year-old Hattie is a girl who doesn’t fit in, and when she’s kicked out of the Girl Guides for getting involved in a fight, her father doesn’t know what to do with her. As war breaks out and the efforts of the Scouts and Guides are volunteered in support of the war, Harriet feels sidelined and forms her own ‘army’ of misfits, mounting their own patrols and searching for German spies.Hattie’s Army highlights the astonishing and genuinely important role played by the children and young people who were left behind when their fathers and brothers went to fight in the trenches.Directed by Stewart Svaasand, produced by Foz Allen, and written by Guy Burt, filming on the new series has just wrapped in Newcastle.