I am delighted to repeat this article from Deadline Hollywood:-

North American distribution rights to the suspense thriller The Windmill have been acquired by XLrator, which plans to release the film through its genre label “Macabre” in October. Originally titled The Windmill Massacre, the Film hearkens back to slasher pics like Friday The 13th and follows an Australian girl on the run from her past who ends up in Amsterdam where, in a desperate attempt to stay ahead of the authorities, she joins a group of tourists but ends up trapped with them in what may be a haunted landmark, learning that the thing they all have in common is a shared secret that has marked them for doom.

So exciting.  Congratulations to all the crew and production team.

My school friend, Tom Carty and I have collaborated on a new short film.  We are very pleased with the result.  The film is complete.  However, the music we want to finish the film is quite  expensive, well expensive for us. Therefore, I have started a kickstarter campaign to help towards the costs of the copyright and the fees involved for placing the film in as many film festivals as possible.

It would be great if you could help and there are some rewards available.  Check out the kickstarter link below

ON THIS DAY OF REMEMBERANCE ABOUT WORLD WAR I

Another chance to listen to the beautiful story Archie Dobson’s War.  It is the story of an ordinary family and what happens when the family have to cope with the events of World War I.   Written by Rob John, this BBC Radio adaptation was produced for schools but it really could hold a prime time spot on BBC Radio 4.  Have a listen, you won’t be disappointed.

It is the summer of 1914. The Dobsons are getting ready to visit their country cousins, the Carters. Ten-year-old Archie Dobson is particularly excited to be seeing his older cousin Walter. Walter tells Archie of a great adventure he believes to be coming in the near future…and when war is declared later that summer Walter enlists in the army and leaves for France.

The second part of the story ‘Archie Dobson’s War’. Archie’s cousin Walter has gone to join the war in France. Archie wonders what life is like for Walter at the front and then receives a letter from him describing the Christmas truce of 1914. Later a Zeppelin passes over Archie’s house and drops its bombs on the town – suddenly the War no longer seems remote. Mr Dobson is given a white feather in the street and then in 1916 a letter arrives informing him that he has been conscripted. He tells the children not to worry…but Archie and Mabel have learnt enough to know how serious the situation is.

In the third and final episode of ‘Archie Dobson’s War’ we hear from the front lines where both Walter and Edward Dobson are preparing for the ‘big push’. Back on the home front the attitudes of both Archie and Mabel towards the War are changing. Then the Armistice is announced and the country celebrates; but for Archie and Mabel the celebration is tempered by recent events.

THE WINDMILL MASSACRE IS HERE

Make sure you get tickets to see The Windmill Massacre.  Be ready to get the fright of your life.

The World Premiere is at FrightFest 2016.  and will be screened on the main screen on the 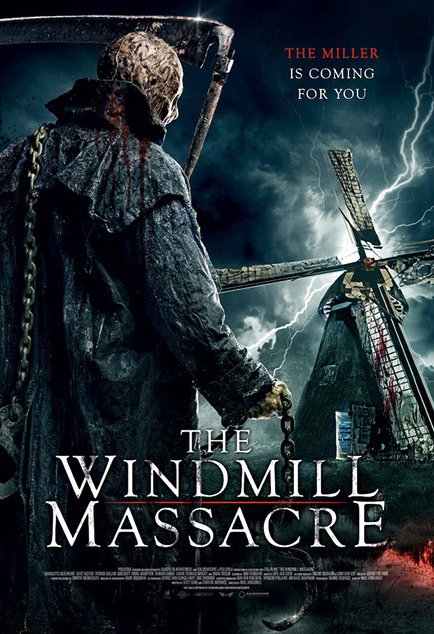 A group of unsuspecting tourists awaken a mysterious evil whilst on a trip through the Dutch countryside in a nostalgia-tinged shocker from the FRANKENSTEIN’S ARMY creative team. FRIDAY THE 13TH goes Amicus when a coach party embark on a tour of Holland’s windmills. When the bus breaks down, the strangers are forced to seek shelter in a disused barn beside a sinister windmill where, legend has it, a Devil-worshipping miller once ground the bones of locals instead of grain. As members of the group start disappearing, secrets are revealed that seem to mark them all for doom.

FrightFest is a five-day 60+ film extravaganza that runs from the 25th to the 29th of August.  The 2016 event takes place in the VUE Cinema, West 12 Shopping and Leisure Centre, Shepherds Bush Green, London, W12 8PP.

Single tickets for our main and discovery screen film are £14.00.

As in past years, our festival and day passes come with an allocated seat in one of our three Main Screens.  When watching films in these screens, you are expected to sit in your assigned seat.

Festival and day passes also allow holder access to films in our Discovery Screens at no additional cost.  The passes have a unique code which allows this on a first come first serve bases.  We release these tickets in the run-up to the event, and they can be booked online in advance.

Our programme of films and events will be announced at 2 pm on Friday 1st July with Festival and Day passes on sale from noon the following day, Saturday 2nd July.  Single tickets will be released on 23rd July 2016.

Hope to see you soon!