TIME FOR A CATCH UP

Sorry to have been a bit quiet on this site recently.  It has been a bit slow on the acting front recently.  I had a flurry of stuff over Christmas with an advert for ‘Not on the High Street’ where my pretend sister found a love letter I had written to my pretend girlfriend.  So if you noticed that guy rushing across your screen in pursuit of his little sister, yep, that was me.

There were also a couple of BBC Radio plays with a repeat of Terry Pratchett and Neil Gaiman’s  series GOOD OMENS , directed by Dirk Maggs, where I played Adam, the Antichrist. 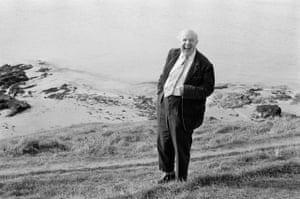 John Betjeman in 1972. Photograph: Jane Bown for the Observer.

There is a sad footnote to this story in that Benjamin Whitrow,  in his role as the aging poet, very sadly died during the production.  I had the opportunity to chat with him and he was a lovely man.  I have the honour of being asked to attend his memorial in February.

There has been a flurry of auditions in the last couple of days and one of them sounds like I could be playing myself.  So keep your fingers crossed for a good result.

Also, things are moving forward on my own short film production and me and our collaborators are now starting to get to grips with the pre production work.  Our main actor is back from his tour and we will be making plans and arranging some dates soon.

A HUGE THANK YOU TO THE PATRONS WHO ARE HELPING US MAKE THE DRIVE, you too could become a patron.  Take a look at the rewards on offer and help out indie film makers.